Hot New Old Top Bottom
7
How would you guys go about finding serious and likeminded people in your area?
posted 8 months ago by spengler (+7 / -0 )
8 comments
Permalink
I have a few ideas on how to accomplish the above goal that vary in complexity, but im curious to hear some other takes on this.

One idea that i had was to form an on campus, unofficial self-improvement bookclub. During discussions of "chad" books that are still socially acceptable(stuff like junger and mishima) I would ask probing open ended questions. Based on the responses, I would continue private discussion with those that answered favorably, and then organically form a circle of those who passed my filters.
You must log in to comment
8 comments:
deleted 8 months ago 2 points (+2 / -0 )
Account deactivated by its owner
2
hellsonnenrad
8 months ago 2 points (+2 / -0 )
Book club thing actually works, i've tried it. Need some work but you will eventually root out the useless people. Comes with the added advantage of meeting people who are not dopamine junkies.
Permalink Reply
None
1
sparrow
8 months ago 1 point (+1 / -0 )
with more things being remote, I honestly believe this is kind of impossible

but my approach in spite of that is finding general nonspecific events that are tangentially related to a specific interest. For example, looking for conservatives and thus going to like Republican events. You get fakes like neocons and other people, but then might find some likeminded people as well

Private message and/or send emails to people in your region who have posted somewhat recently.

Get the link from them to join your local Telegram chat.

Example: my wife had nothing to do with my disdain for jews at first. She loves hair care and having long hair (past her ass, I adore it). kikes own the palm oil slave plantation operation that is used for a majority of hair care products. She stopped using those products but when I showed her that same company actually owns almost ALL of the hair care trade she understood why I hate them. She started seeing that no matter where she turned, there was always a jew at the top, destroying everything for a few more shekels.

As time went on and she saw how bad things really were she started asking me how we can escape this nonsense. I didn’t bother her during this time, otherwise she could’ve been pushed away from the truth because it’s too much. I told her that there is no escape or peaceful solution, that we’d have to bide our time. I suggested self-sufficiency at a secret homestead until the time was right to effectively pick up arms, she agreed.

People won’t look at the true horrors of the world unless it personally effects them. You have to get to know each person individually and show them how some kikes ruined their favorite things.

Games got ruin by feminists and woke culture you say? Who runs those groups? Who started them? Are leaders not responsible for the action and outcomes of the groups they lead?

My parents hate commies and mudslimes; who brings the mooselimbs over here? Who cries on tv to tell us to invade raghead countries? Who invented communism? Who leads the communist charge?

If there isn’t a jew leader for the group currently, (((they))) either started it or (((they))) currently fund the group and try to hide they fund it. If (((they))) are proud of the work the group does then why hide the fact that (((they))) fund them?

This method works through every medium. Face to face or remote., it doesn’t matter.
Permalink Reply
None
1
Removmudrace
8 months ago 1 point (+1 / -0 ) 1 child
Yes. Show them how jews interfere with something they personally enjoy. This is the spring that creates the river.

This requires asking and listening instead of telling and ranting. Redpill events are answers to specific questions, not memes or shitposts. Those come after, not before.

There is an order to awakening to the JQ, and it is customized to each person.

Permalink Reply
None
-2
Her0n
8 months ago -2 points (+2 / -4 )
Kikes naturally ruin everything that they touch. All you have to do is point out all the nastiness that exists in a specific field and ask if those in charge are responsible. I got an entire town to start seeing the fuckery going on in the world with this method.

I moved away to my homestead about 2k miles away, or else I’d be staying with them. I keep in touch with them still.
Permalink Reply
None 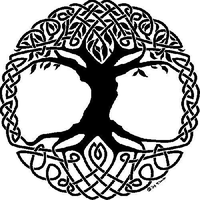 It is your own responsibility to save your people.
Do not ever relent from your Struggle.
Do not seek the Fruits of your Action.
Do not quit when things are tough.
Do not quit when you have succeeded.
Moderators
RightSideFunding
SmashemBashem
spengler
EJGeneric
Message the moderators
Moderation log
Toast message
< ×