In the wake of this, I don't feel clean of my sin or that there is a way to become clean. I feel that what I have done in repentance doesn't "count" because I didn't initiate it on my own free will like I know should have.

It was a thing I promised I wouldn't do, in my mind in a prayer to God, and I broke it and on that basis I fear I will go to hell. I am religious but not a Catholic or part of a family that attends church. Should I seek church where a priest will hear my confession even as an outsider?

The idea of confessing in this way seems hollow considering I have confessed to my family, those I wronged, and God in prayer (had to be confronted that way). The person I most directly wronged gave me forgiveness, as well as some of those otherwise affected by it, but the promise I made to God in my head was broken and there is nothing they can do for that even if they wanted, it's a private betrayal between the Lord and I.

Is there anything I can do? It follows that the answer is to live well and accept my guilt for the past... but this is ALWAYS true as far as I understand. It doesn't feel right that despite having an intolerable sin weighing down on me I would pursue forgiveness from God on a basis of "Whoopsie daisy, guess Ill just go on and try better"

What can I actively DO?

I have a hard time imagining hearing a priest say I'm forgiven isn't just human comfort. I don't feel secure in taking someone's word for it. I have never related as a Catholic, I have always felt a person's relationship with God is direct. And I feel I violated that in horrifically direct way.

What is the best way to repent for a promise you broke to God? Any help is appreciated. If you think I will go to hell, idk how much functional good it will do me to hear it. That is why I ask for advice. I want to focus on how to move forward.

You must log in to comment
4 comments:
1
Gottmituns
8 months ago 1 point (+1 / -0 ) 1 child
I'm late seeing this, but perhaps I can still offer some comfort. You have already been forgiven. There is nothing we as humans can ever do to deserve God's forgiveness, yet through Jesus's death we are. This is the essence of the gospel: that you, despite your wickedest deeds past and future, have already been saved by the blood of Christ. So long as you don't reject His mercy, you will not go to Hell.

For he hath made him to be sin for us, who knew no sin; that we might be made the righteousness of God in him.

Permalink Reply
None
0
DmMe
8 months ago 0 points (+0 / -0 )
I have always felt that this must evolve out of my skull beyond the realm of internal private belief between myself and the Lord. Taken too far, I think this sensation is why some cultures have vestigial or even violent rituals. On the flip side, after reflecting on things for a few days I realized that there is nothing bad about the answer being to simply live on and learn from my mistakes. Since we should always be trying to live "well" in the eyes of the Lord it is really all we can do to save our past mistakes in our DO NOT WANT folder and go on as before with that in mind.
Permalink Reply
None
0
ItsBacon
8 months ago 0 points (+1 / -1 ) 1 child
Your works are important in the eyes of God. Do good works. If there is something you can do to work with others to prevent them from causing the same kind of mistake you made then try that.

It's also possible that you have some guilt in the fact that you may be more scared of burning in Hell for eternity than disappointing God. If that is the case then you're carrying some unnecessary baggage that is weighing on you. What if I told you that Hell, as preached in most Christian churches, does not exist?
Permalink Reply
None
1
DmMe
8 months ago 1 point (+1 / -0 ) Edited 2022-03-24 19:31:11
Thanks for your comfort. Regarding personal fear (as opposed to the base, everyday hopes and worries we have for loved ones), God can be the only real motive, or is at the end of the line of logic behind another fear. I think I used "going to hell" a little more straightforwardly than I really meant. I consider it to be an expression that describes how I felt about how I've done in God's eyes after a particularly direct failure. If hell weren't associated with failing God then that'd mean there'd be a worse form of punishment to fear more than hell.
Permalink Reply
None 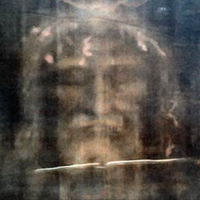