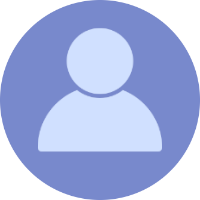 Another "drama free" one made by Candelabro, intended for more mature discussions, preferred by many over the public one. Private; you have to request an invite:

> I single-handedly tore conpro to the ground.

> Because this site is dogshit.

> I dont blame them.

However, this does mean that your IP address will be stored on the server in plaintext until you clear it. I don't otherwise store that data.
Permalink Context Reply
Known bugs by admin
0
admin
3 months ago 0 points (+0 / -0 ) 1 child
Huh? I didn't change anything within the last day. Yes, scripts are required for image posts to display. It invokes the same function call to expand the preview as if you did it manually from the post listing. You should still be able to open the image url by clicking on the post title however.

Should I have done something anyway against his wishes? In retrospect maybe.

So the next question is where to move. Another domain pointing to Scored's nameservers? Become another "sub" of scored?

The first could work, but there are two issues. First of all, it's very hard to get in touch with the admins nowadays as mentioned before. No new independent domains have been created within the last 2 years. And secondly, I don't trust them that much for various reasons. I could elaborate more on that if you're interested.

The problem with the current solution ("sub" of scored.co) is being forced into the new react js based layout that many people hate and have complained about, and effectively zero recourse in case the Scored network goes offline or decides to kick us off.
Permalink Context Reply
Bristol festival "too white" by helloimhere
2
admin
3 months ago 2 points (+2 / -0 ) 1 child
I've noticed this is the second time you've double posted, likely because you clicked submit twice. I should probably add a safeguard against that.
Permalink Context Reply
None
Live chat by admin
0
admin
3 months ago 0 points (+0 / -0 )
Whitelisted.
Permalink Context Reply
None
Did we lose a lot of members on scored? Based on the poll most people used consumeproduct.win and now it’s gone by Isanybodyhome
1
admin
3 months ago 1 point (+1 / -0 )
https://scored.co/c/ConsumeProduct

https://communities.win/c/ConsumeProduct
Permalink Context Reply
Just logged on ConsumeProduct and this doesn't look right... by WaterConsoomer
3
admin
3 months ago 3 points (+3 / -0 ) Edited 2022-08-08 14:50:18 1 child
> knowing the registration was going to be pulled

That's easier said than done. I suggested moving multiple times. The domain itself was still valid for 2 more years until it expired. Either someone triggered a legal dispute for invalid contact info or it's a "hate speech" takedown by NameCheap. We don't know. As I've said before, we don't have any contact with its owner.

Since a few months ago we've also lost all forms of direct communication with C (Scored's owner). All you can do now is make a post on Meta or DM him and hope he'll eventually respond 2 days later.

Also note that in any case, we would not be able to redirect people to a new domain directly (due to ownership issues). A sticky post on the front page is the most you'd be able to get.
Permalink Context Reply
8
New users
posted 3 months ago by admin in ConsumeProduct (+8 / -0 )
6 comments
Permalink
@MrMilquetoast @RonnieColeman @NoticeTheKike @Ole_Cleet @flying_fish @vamyz @NewJiggers @GoldenInnosStatue @NiggerMan @JewsRockMDE


Welcome everyone who just joined. You may also join the [live chat](https://arete.network/chat/Server-ConProElite/) (which is still very active). Note that we must keep it whitelist-only due to trolls continuously making spam accounts. To gain access click on the button to DM me or post a message in the [public one](https://arete.network/chat/Server-ConsumeProduct/).
Live chat by admin
1
admin
3 months ago 1 point (+1 / -0 )
You have been added.
Permalink Context Reply
None
14
Live chat
posted 3 months ago by admin in ConsumeProduct (+14 / -0 ) Edited 2022-08-08 14:19:02
16 comments
Permalink
Live chat is still active, although we mainly participate in the private invite-only room. This is to stop trolls from continuously making new alts to spam.

To be invited please leave a comment here, message me directly or post a message in the public chat.

https://arete.network/chat/Server-ConsumeProduct/
Consume Product [Announcement] by happybillmoney
1
admin
3 months ago 1 point (+1 / -0 ) 1 child
What's your issue? See the stickied post on the [c/ link](https://communities.win/c/ConsumeProduct) for explaination. The main domain name has been suspended. We've lost all control over that a year ago due to the owner's absence, therefore it likely can't be reinstated.
Permalink Context Reply
None
Warning about .win site by NichtVerstehen
2
admin
3 months ago 2 points (+2 / -0 ) 1 child
Unfortunately it seems that consumeproduct.win has been suspended, as I have warned many times it could happen. We lost control over the domain name a year ago.

![](https://files.catbox.moe/repac0.PNG)
Permalink Context Reply
None
notifs by admin2
removed by moderator 3 months ago 0 points (+0 / -0 )
4
Post submission should now work again
posted 4 months ago by admin in Meta (+4 / -0 )
1 comment
Permalink
Due to some changes regarding how attachments across the site are handled (both in chat and on boards), a bug was introduced in the latest update preventing you from submitting anything except image posts.

This should now be fixed.
5
Update ver3.0rc12 - API documentation and keys
posted 5 months ago by admin in Meta (+5 / -0 )
8 comments
Permalink
Support for API keys has been added as well as documentation for a good amount of existing endpoints.

If you wish to gain access to the API options page from your user menu, enable developer options in [your settings](/settings/).
deleted
0
admin
5 months ago 0 points (+0 / -0 ) 1 child
Removed.
Permalink Context Reply
None
5
Update ver 3.0rc11 - Account recovery and password reset
posted 5 months ago by admin in Meta (+6 / -1 )
0 comments
Permalink
People who opted to keep their passwords when deactivating accounts can now recover them. This does not bring back deleted content. Anything deleted is gone for good.

Password reset is now possible provided that you have configured a recovery email.

The recovery email is stored as a salted hash, in the same way as your password.
deleted
5
admin
5 months ago 5 points (+5 / -0 ) 1 child
I fund it myself, although you're free to donate crypto (XMR or BTC) if you feel like it.

Contrary to [C's claims](https://communities.win/c/Meta/p/15HvPkoVS2/x/c/4OYYSxz1lP4) on scored.co about a website merely the size of old Voat costing upwards of a $3000/month to operate, it doesn't actually cost much.

If more regular visitors and users join it might force me to scale the servers if they get overloaded.
Permalink Context Reply
None
0
spam filtered
posted 5 months ago by admin in test (+0 / -0 )
spam filtered
IP grabbing links
4
Update ver 3.0rc10
posted 5 months ago by admin in Meta (+4 / -0 )
0 comments
Permalink
* Added board filters (AutoModerator). The filter option in board settings is now fully functional.

* More granular controls for chat alerts. You can now limit alerts to @username mentions and replies.

You have a private chat. The code trying to delete private conversations is very outdated and references database fields that don't exist anymore.

I'll fix the issue in the next update, until then the workaround is to delete the chats manually.