Hot New Old Top Bottom
5
Consume Product [Weekly #93: Consoom Routine ]
posted 6 months ago by happybillmoney (+5 / -0 )
3 comments
Permalink
Hello fellow consumers,
As always thank you to everyone that participated in the last weekly and remember you are Operation MONKE!


NOTE: Weekly threads are run in parallel on https://communities.win/c/ConsumeProduct

This week is about improooving ourselves through our daily routines. Unconsciously we all have some sort of daily routine. But many don’t consider how important their daily routine is. Consider for example what you eat, who you spend time with, whether you exercise in your day, the times you go to sleep and wake up. Are you regularly making good choices throughout your daily routine? How can you better manage your time? In this weekly our goal is to provide advice on incorporating positive habits in our daily routines.


Discussion ideas:
* Do you have a structured daily routine or is it random day by day?
* Why is making a conscious effort to stick to a daily routine challenging? What can you do to make positive changes unconscious habits?
* What are some activities that you would recommend others include in their daily routine?

You must log in to comment
3 comments:
2
Dingo
6 months ago 2 points (+2 / -0 )
I know that it takes a few weeks, roughly, to develop a habit. Usually when people try something and then give up, they've only been doing it for a short time, less than a couple of months. After you push past that initial adjustment period it becomes a habit, and habits are hard to give up. So you can create good, lasting habits with just a small amount of perserverance.

If you want to stop doing something, like smoking, or eating too much, spending too much time online, denying yourself from it can just make you crave it more. What you can do is allow yourself to have it, but after ten minutes. Sometimes you'll still do it, but a lot of the time you won't. It gives you time for that initial feeling to pass.

Getting a good dog and taking it for walks is a great way to get into the habit of meditative exercise, and you have a little friend.
Permalink Reply
None
1
send_nasty_stuff
6 months ago 1 point (+1 / -0 )
I bought olympic rings a few years ago and do hangs every morning. I also use them for micro workouts/greasing the groove.

>Why is making a conscious effort to stick to a daily routine challenging?

I think it's because once you really commit to something (and perform it daily) something else in your life needs downplayed. OFten time that's some type of bad habit. We are constantly battling what to fill our day with.

>Do you have a structured daily routine or is it random day by day?

Not really. I find that if I make lists or overstructure my day I get overwhelemed and don't do most of the things I need to do. If you're bad at getting things done watch youtube channels from people with adhd or low executive function. You can learn about using your environment to help you stay focused. Example: If I need to take something to work I put it in the car the night before. If I need to workout I make getting dressed to workout easier. I make the start of the process as easy as possible.
Permalink Reply
None
1
horoscopium
6 months ago 1 point (+1 / -0 )
>Do you have a structured daily routine or is it random day by day?

a mix of both. productive days consist of waking up, crying because SO has to go work, working out, then shower and visit mom to eat lunch with her, then head to my part-time job, come back home after and most of the time immediately getting online, maybe pretend to be a white man on conpro depending on what I feel like doing, making dinner when SO is back, eating, stepping/standing on my so's back to relieve stress, conversing, then nightly routine. most unproductive days are days he has off. we stay in most of the day or go out most of the day for fun. I accompany him to church if it's Sunday.

>Why is making a conscious effort to stick to a daily routine challenging? What can you do to make positive changes unconscious habits?

I have attention deficit so this is difficult.
Permalink Reply
None 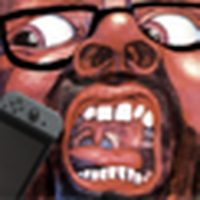